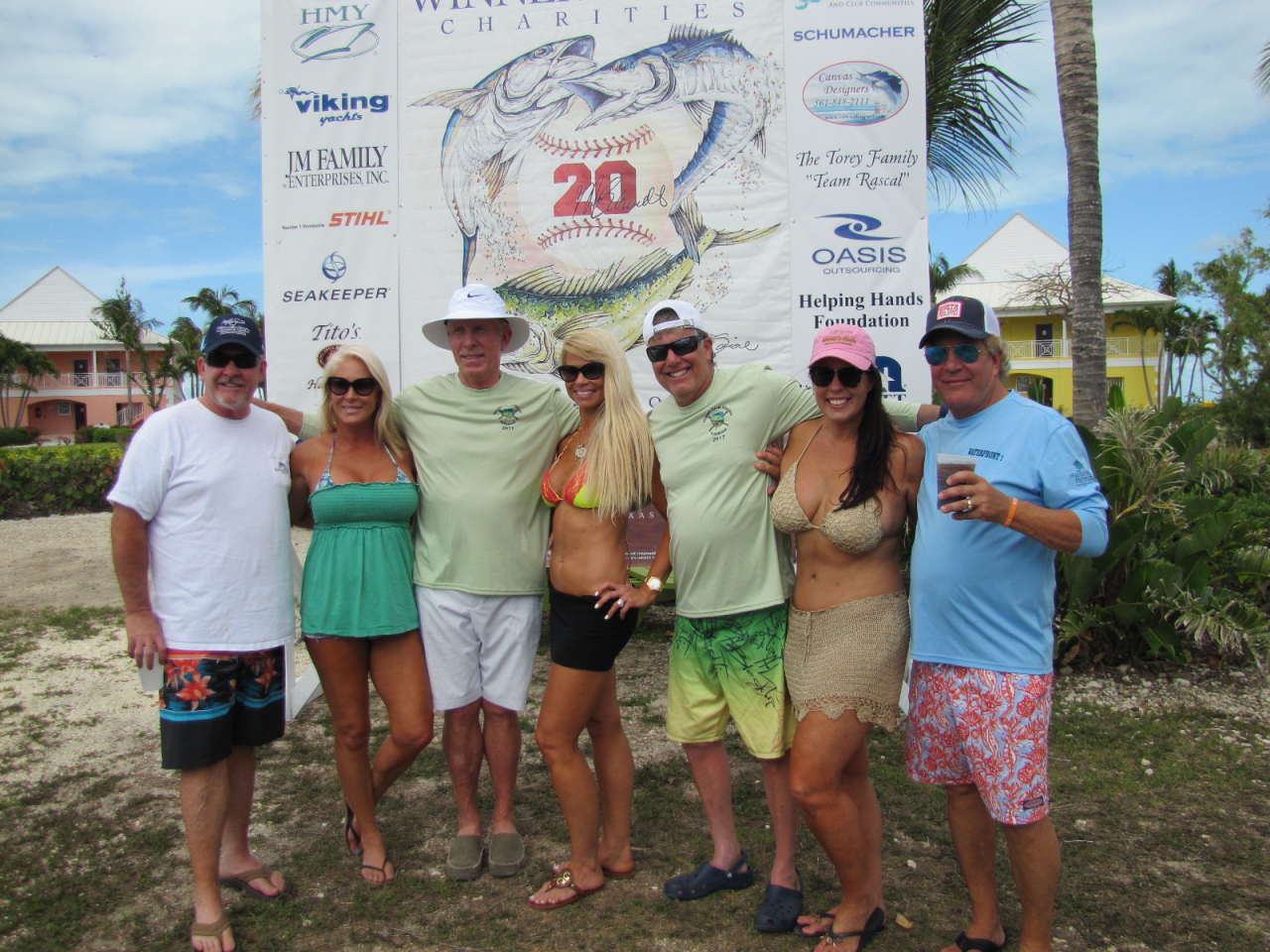 Joining Schmidt were host partners Steve Moynihan, owner of HMY Yachts and Rob Thomson, owner of Waterfront Properties. Rob Thomson commented, “This year’s tournament would not have been possible without the tremendous effort put forth by everyone at Old Bahama Bay. The venue was without power and needed countless repairs after being hit hard by Hurricane Matthew late last year. The employees and members of the community worked around the clock for months to get the venue ready to open. They did an incredible job.”

This year’s tournament winners, by category:

In 2001, Major League Hall of Fame baseball player Mike Schmidt enlisted several fishing buddies to join him in creating a fundraising event to benefit the Cystic Fibrosis Foundation. He was inspired by the tragic loss of close family friends Debbie and Harris Weinstein’s twenty-year-old son Brett to the disease. Since then Mike Schmidt’s Winner’s Circle Charities also include the American Cancer Society, Marine Industry Education Foundation and Richard David Kann Melanoma Foundation. The events have resulted in well over $2 million being distributed to worthy charities. For additional information on the Winner’s Circle Charities, visit winnerscirclecharities.org. Media inquiries, contact Kristen Lunceford at Bella Group, 561-308-4741 or kristen@bellagroupinc.com.