Atlanta's single family detached housing inventory rose slightly in September from the same month the year before - the first time the city's housing inventory has increased year-over-year in more than seven years.

The event culminates a trend of rising inventory that began in the summer. Inventory typically starts dropping in July or August every year and does not begin rising again until February. Even with the recent increase, housing inventory in Atlanta remains at its lowest level in 13 years, dating back to December 2000.

The historically low housing inventory situation has led to huge price increases this year but also a drop in sales from 2012 according to Dac Carver, Vice President of Beacham & Company, Realtors. 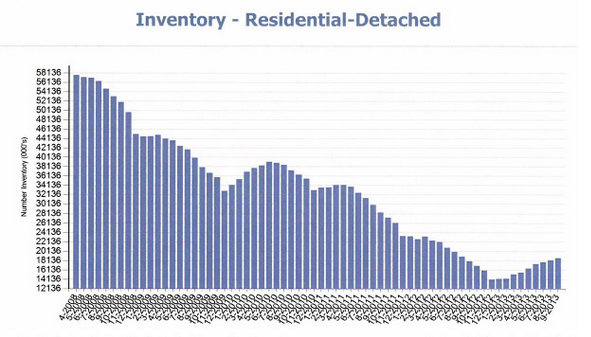 "We anticipate inventory continuing its upward trend next year, which should moderate home price increases," Carver said. "The increase in inventory could also mean more home sales next year. The number of home sales in 2013 is down from 2012, which we attribute to a lack of adequate housing inventory more than any other factor."

Beacham & Company, REALTORS® is a boutique real estate company specializing in luxury real estate. The company was founded in 2006 by Glennis Beacham, one of Atlanta's most celebrated real estate agents over the last 25 years. The firm has the highest average sales price of any general brokerage company in metro Atlanta and is the top selling office in Atlanta by dollar volume of listings sold. For more information about Beacham & Company, call 404-261-6300.