WATCH HILL, RI - Superstar singer Taylor Swift is getting a new neighbor. A spectacular sale in the historic and architecturally distinguished seaside town of Watch Hill, Rhode Island, the second highest sale this year, has astute real estate watchers assessing the "star power" of celebrity in driving prices and activity.

The estate, overlooking the Atlantic, is two doors down from Ms. Swift's, and affords the same glorious views. And the basics were always there: unparalleled views to Connecticut, Block and Fisher's Islands, a beautiful sandy beach, a safe ride by boat or train from New York and Boston, the estate was purchased by an international businessman who currently lives in France, and had been staying at Ocean House. 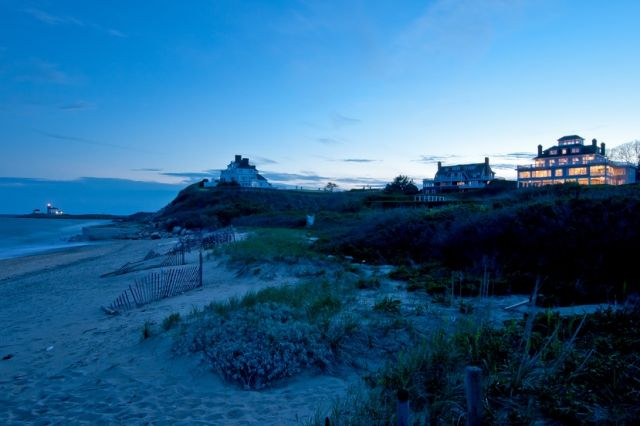 "He fell in love with it," said Lila Delman broker John Repoza, meaning not only the resplendent house, but Watch Hill itself, and Rhode Island, after considering the Hamptons and the Cape. Mr. Repoza arranged the sale. Lila Delman's own Lori Joyal was the listing broker.

Majestically poised on Bluff Avenue, the masterfully restored residence captures the luminous beauty of the water from every vantage point. Artfully situated on over three acres of sprawling lawn leading to 160 feet of sandy white Atlantic oceanfront, the residence is replete with architectural detail and offers four levels of living, each of which, create separate living quarters for both family and guests. The lavish design includes ten bedrooms, eight fireplaces with nine full baths and two half baths along with two fully equipped kitchens. Originally built in 1903, the estate has been thoroughly updated with new wiring, plumbing, central air and many amenities. The entire rear property walls are glass, exposing breathtaking views.

"All of Rhode Island is the original home of the luxury estate", says Mr. Repoza". In the 1820's southern plantation owners sought surcease from the heat, and safe harbor for their boats. Now, national and international buyers are coming back to Rhode Island for its 380 miles of coastline and beaches. No other state has that", he added.

For information about Lila Delman Real Estate, go to www.LilaDelman.com.