SEATTLE – Who’s Who in Luxury Real Estate is thrilled to announce the inclusion of the award winning ‘Rachelle Starnes Properties of Distinction Real Estate Team’ in Calgary, Alberta into its network of the finest residential real estate brokers and firms around the world.

Rachelle Starnes Properties of Distinction Real Estate Team focuses on the very high-end resale market in the Calgary, Rocky View County, Foothills County, and Canmore areas of Alberta. Rachelle Starnes has sold over $700 million in real estate over the last 12 years and is ranked in the top 1% of all Royal LePage Agents in Canada for 2010, 2011, 2012 and 2013. Her team member Jodie Gagnon is also ranked top 1% of all Royal LePage Agents and has been a tremendous asset since joining the team in 2009. Alex Miller and Alicja Rudolf have also recently joined the team adding to the tremendous service aspect of the team’s business plan. 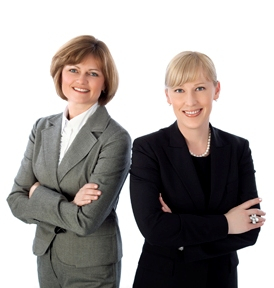 Now chosen to be a part of the Who’s Who in Luxury Real Estate network, clients of the Rachelle Starnes Properties of Distinction Real Estate Team will benefit from having their listings on LuxuryRealEstate.com, exposing them to more qualified buyers than any other website both nationally and internationally.

LuxuryRealEstate.com, a Webby Award Honoree, has been voted ‘Best of the Web’ by Forbes magazine multiple times, praised by the International Herald Tribune, Town & Country, the Wall Street Journal and has been ranked ‘Best Website’ by consumer surveys. Since its debut in1995, LuxuryRealEstate.com has remained the #1 portal for luxury properties on the internet and has several times more $1,000,000+ content of any near-peer.

Known in the industry since 1986 as the Who’s Who in Luxury Real Estate network, a global collection of the finest luxury real estate brokers in the world, this group of more than 70,000 professionals in more than 85 countries collectively sells in excess of $190 billion of real estate annually. Members are selected by Chairman/Publisher John Brian Losh, one of REALTOR Magazine’s 25 Most Influential People in Real Estate and broker of fine properties and estates through his Seattle-based brokerage firm, Ewing & Clark, Inc. Luxury Real Estate has been recognized by the Webby Awards, has received “Best of the Web” by Forbes Magazine, honored with an ADDY Award for Excellence in Web Design, deemed “Best Website” by consumer surveys, ranked in the Inc. 5000 List, noted as one of the 100 Fastest Growing Private Companies by Puget Sound Business Journal, and recognized by the Maggie Awards.