WASHINGTON, DC – Washington Fine Properties (WFP) is pleased to announce the sale of 2801 Rock Creek Drive, which closed for $4.7 million. Marilyn Charity represented the seller in the transaction.

Ideally located in the Massachusetts Avenue Heights area of Washington, DC, the California contemporary was designed and built in 1939 by Edward Durell Stone, the sought after Kennedy Center architect. This gated art deco inspired one-level residence was commissioned for George Preston Marshall, the original owner of the Washington Redskins. The home has also been occupied by Jack Kent Cooke, another Washington Redskins owner, and current seller Debra Lee, the chief executive and chairman of BET networks. 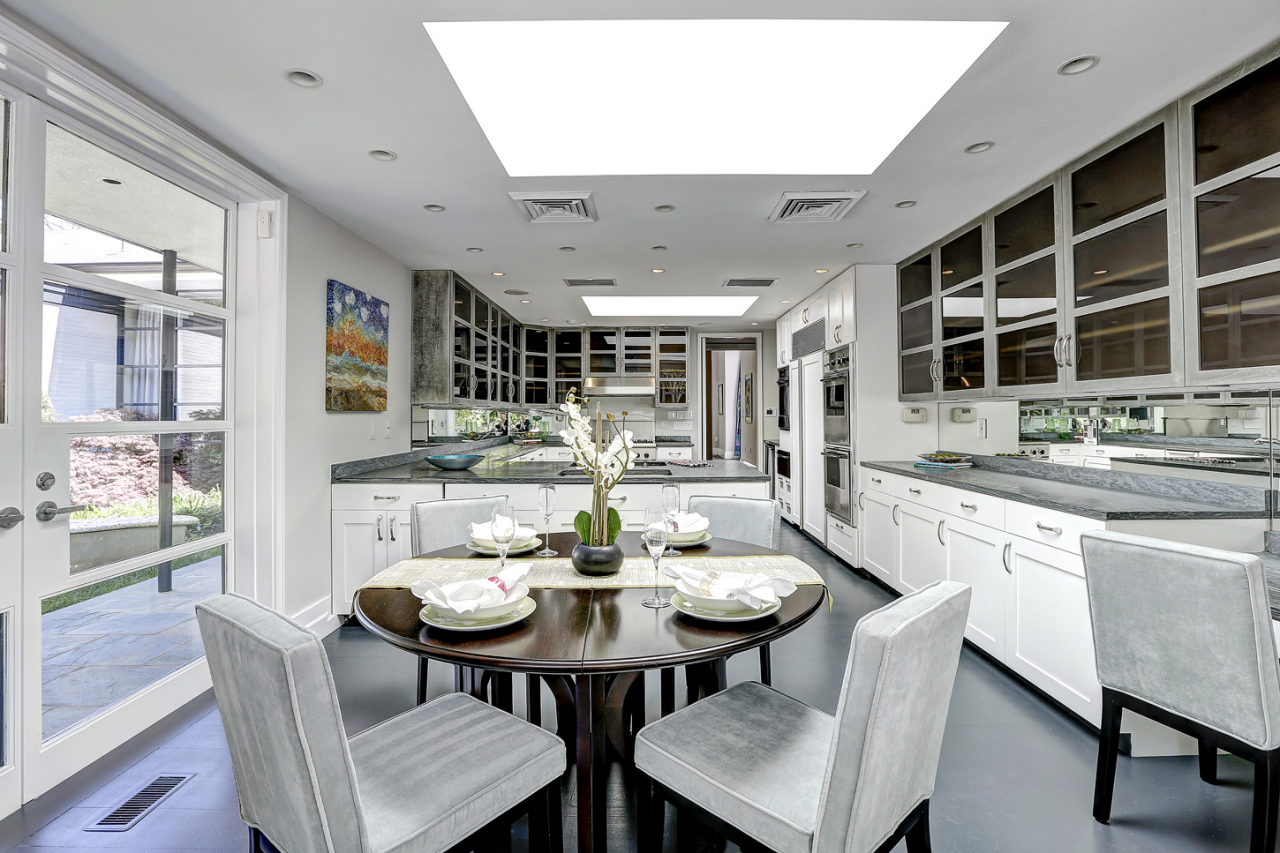 The eleven foot ceilings and open floor plan allow space and light to travel freely throughout the residence for flawless entertaining. The home has played host to some notable Washingtonian guests over the years, including Bill Clinton and Ronald Reagan. Characterized by walls of windows and heated blue stone floors, the public rooms are graced with a central fireplace and a retractable 52 inch plasma television.

The mature deciduous and evergreen plantings surrounding the property allow for seclusion and ultimate privacy. A dramatic driveway winds through the property, emanating from front and rear automatic gates and a private, level lushly landscaped rear garden with Rock Creek Park vistas. The heated concrete pool has a waterfall and cabana with full changing facilities.

"It has been a privilege bring such an important property into the market and to achieve such a successful result," said listing agent Marilyn Charity.

Washington Fine Properties (WFP) is recognized worldwide as one of the most successful carriage–trade real estate firms in the United States. More than one hundred of the most powerful agents in the Nation’s Capital Region combine the highest level of expertise and professionalism to provide unequalled brokerage services to both buyers and sellers. For four years in a row, Washington Fine Properties has been ranked number one in the United States for “Highest Sales Volume per Agent” and “Highest Average Sales Price” by Real Trends. WFP also ranked number one in sales over $1,000,000 in Washington, DC in 2012. Visit WFP online at www.wfp.com.