WAILEA, MAUI – Tom Tezak of Wailea Realty Corp. traveled to Asia to develop relationships with potential clients during The Luxury Properties Showcase Beijing 2013 (LPS Beijing 2013) at the Legendale Hotel Beijing from May 31 to June 2. The prestigious event is more than just a property show; specifically designed for the China market, LPS Beijing 2013 is an exclusive property exhibition entirely dedicated to luxury and high-quality homes across the globe.

Real estate exhibitors from more than 27 countries participated in the three-day event, which drew nearly 6,000 attendees. Of these exhibitors, Tezak was the sole attendee from Hawai‘i. “It was an honor and a privilege to represent Hawai‘i at LPS Beijing 2013,” he said. “I had the opportunity to meet some of China’s wealthiest consumers and representatives and promote our investment climate.” 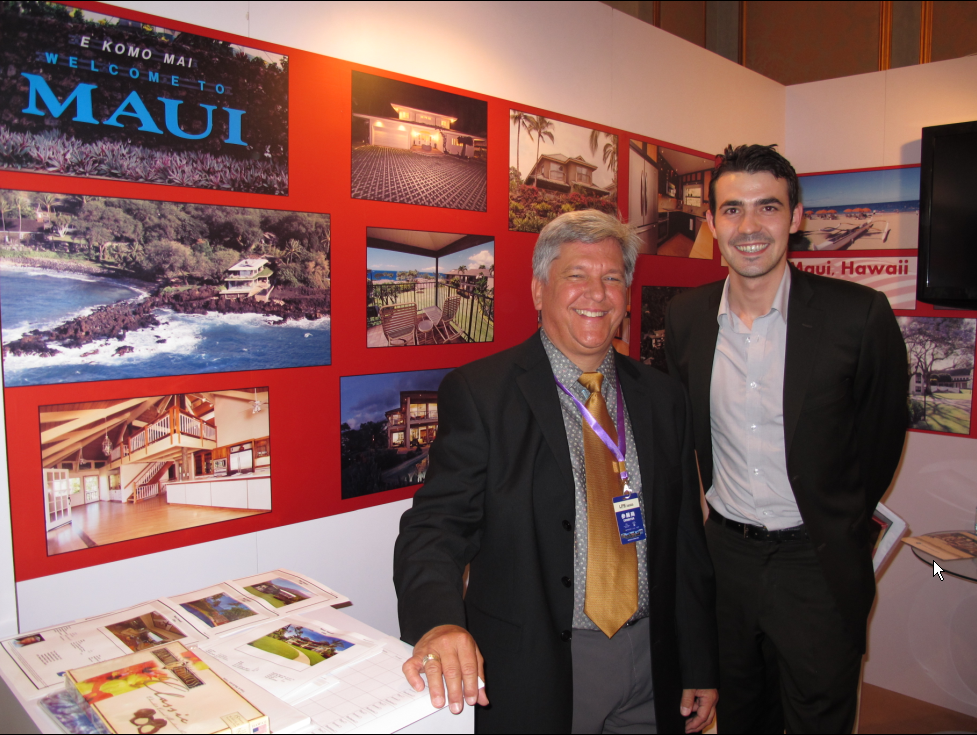 For China, the world is an emerging opportunity. According to the National Association of Realtors, the Chinese are now the second-largest foreign investors in U.S. housing after Canadians. Despite this, there is a learning curve for many Chinese consumers.

“I met a lot of people there who don’t know that Maui exists—or that Hawai‘i is an island state,” said Tezak, who spent seven days touring Beijing and its outlying suburbs. “So I found myself unexpectedly cast in the role of global ambassador, educating people about the distinctive identity and character of Hawai‘i... and I received a very positive response.”

Tezak said his weeklong tour of China has inspired him to return in the near future, so that he can provide a deeper understanding of life in Hawai‘i to prospective buyers, investors and travelers. “I see so much potential in the China market,” he said. “It is really amazing how hungry the Chinese consumers are for properties in the U.S.”

Tezak has been in the local real estate market since 2000 and specializes in the local market. With nearly $300 million in closed sales, he is familiar with the intricate details of selling real estate on an island. Tezak has also been recognized on several occasions as the top agent within his company, as well as being named one of the top 100 real estate agents in the state by Hawai‘i Business Magazine. For more information, contact Tezak at 808-280-2055, email tom@tomtezak.com or visit www.tomtezak.com. To learn more about the Luxury Properties Showcase Beijing, visit http://www.lps-china.com.

Who’s Who in Luxury Real Estate Honors Members with the 2020 LRE® Virtual Awa...

8 Doable Ways To Give Your Home a Luxury Hotel Feel