CUPERTINO, CA – On Friday, June 14th, Intero Real Estate Services, Inc. hosted Saratoga Eats, it’s first food truck rally, at the Saratoga Office from 5:00 to 9:00 PM. “What can I say? The Saratoga Eats event was nothing less than spectacular!” exclaimed Kim Connor, a Realtor out of the Intero Saratoga office, and the primary organizer of the event she dubbed a “neighborhood food truck adventure.” Although Kim had not been to a movable feast event before herself, she was the right woman for the job, having organized Sam’s ChowderMobile food truck to come to the Intero Saratoga parking lot before. 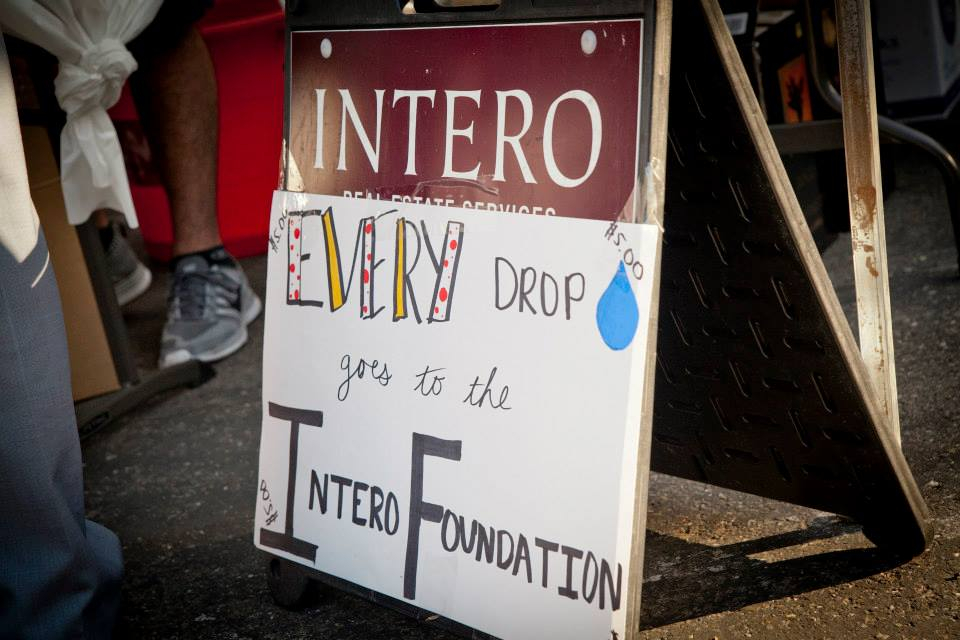 From Saratoga Eats’ inception, the vendors expressed doubts that attendance would be limited since this was the first food truck rally hosted by Intero, but “boy did we shock the truck vendors!” says Kim. First, the trucks rolled into the Intero Saratoga parking lot. Then, about one thousand friends, family, and neighbors of team Intero came together to enjoy the delicious food, drinks, and music. “The flow of people walking into the parking lot was steady and strong the entire time. Each vendor that I spoke with the following morning was truly stunned with what we did here,” Kim said during the aftermath.

Ten percent of the proceeds from each truck benefited the Intero Foundation. In addition to matching the donations from the trucks, Kim Connor underwrote the beer and wine so that all the money collected went directly to the foundation. Ultimately, the event raised $4,500 that will be dedicated to assisting the education and personal development of children in need. Cathy Jackson, president of the Intero Foundation, stated, “It was not just an ordinary fundraiser, but a community event that brought people from all over together.” Intero gives a whole-hearted thank you to Mogo BBQ, Melts My Heart, Porky’s SJ, Midday Picnic, House of Siam On Wheels, We Sushi and Waffle Amore! We also thank all who attended and helped out in any way, exposing the community to Intero’s values, spreading awareness of what the foundation does, and having fun all the while.

Look forward to the next Saratoga Eats event hosted in the Intero Saratoga parking lot on August 16th 2013.

Find out more about the Intero Foundation by visiting www.interofoundation.org.

About the Intero Foundation

Funded, promoted, and governed by Intero agents and employees, the Intero Foundation is a non-profit organization guided by the principle that one must give in order to receive and committed to helping children in need. Since its inception in 2002, the organization has raised more than $2 million, have over $500,000 in their endowment and have supported over 120 charities that positively impact the growth and well-being of children in need.

About the Intero® Brand

Founded in 2002, Intero Real Estate Services, Inc. has quickly become one of the premier real estate brands in the U.S. In 2004, Intero Franchise Services, Inc. began franchising and currently is operating in many of the western states. In 2009, Intero International Franchise Services, LLC embarked on developing territories in Asia Pacific, Europe, the Middle East, Africa, and the Americas. The companies are private and headquartered in California’s Silicon Valley.