A custom-built Aspen, Colo., mansion with high-tech features is going on the market for $49 million. If it sells for that price, the property would be among the most expensive ever to trade in the area, according to the listing agent, Carrie Wells, of Coldwell Banker Mason Morse.

The home’s features include a system that pumps additional oxygen into the master bedroom, creating an environment that helps occupants feel like they are living closer to sea level, according to the seller Lawrence F. De George, a Jupiter, Fla.-based venture capitalist who has invested in domestic and overseas data and telecoms companies. The house is also LEED-certified, with solar panels on the roof and geothermal heating throughout.

The house was completed about four years ago by Mr. De George, who said he bought the site for $16 million in 2009 and spent about 3½ years on design and construction. He lived in an older house on the property for several years before tearing it down and rebuilding.

The roughly 15,000-square-foot, four-bedroom contemporary house also has art deco elements and numerous quirky design features. A pair of glass elevators are positioned near a window to take advantage of the surrounding landscape. There is a movie theater inspired by Hollywood’s Golden Age as well as a large ceramic mosaic in the dining room depicting local wildlife.

The granite on the exterior of the house bleeds into the interior entryway. There is also elaborate woodwork throughout, including custom-designed wood-inlay doors. The back of the home sits on the edge of the White River National Forest, while the front faces a large valley, looking across the Roaring Fork River.

Mr. De George, 75, said he has been spending time in Aspen for more than 50 years. He is selling because he’s getting older and has other items he wants to check off his bucket list, like visiting friends in Australia, yachting and spending a summer in Tuscany. He said the house is large for one person, but the fact that the master suite is on the same floor as the main living room and dining areas means it can also feel intimate.

Though the Covid-19 crisis has nixed his immediate bucket list plans, Mr. De George said he is eager to start on them as soon as the situation improves. “If it wasn’t for this year, I’d be working on it already,” he said. 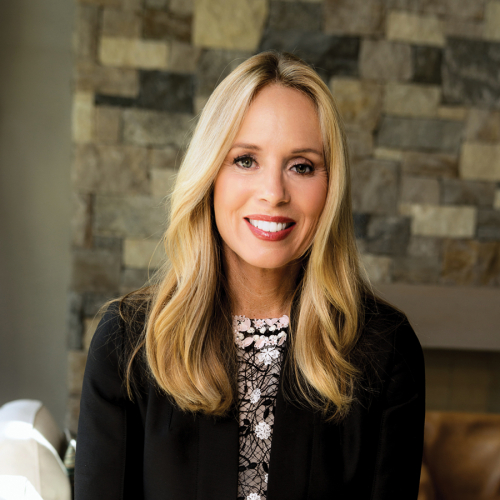 HUNT Real Estate Fundraisers Collect $26,000 for Those in Need